As you can imagine, I looked at a lot of cat pictures for inspiration while I was writing Varjak Paw!  So I wanted to share some of them with you this week.

This first one is by Rudyard Kipling.  He drew it to illustrate his story 'The Cat That Walked By Himself', which is one of the Just So Stories.  Kipling's one of my favourite writers, and this is definitely one of my all-time favourite cat pictures! 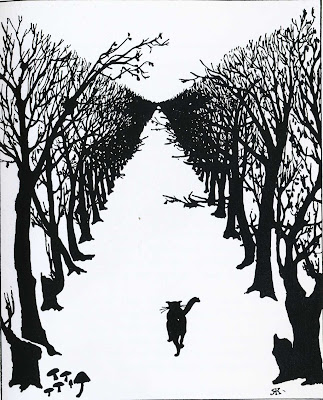 Cats have a very long history in human art; we've been making images of them for thousands of years.  Here's an ancient Egyptian cat - a statue of Bastet, the cat goddess. 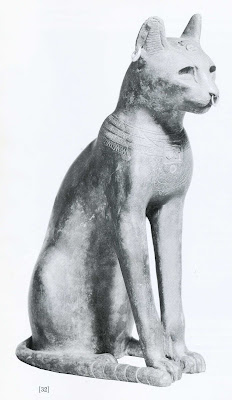 This one's a mosaic from 2nd century Rome; it shows a cat hunting a bird. 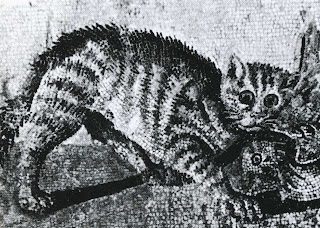 And here's a 19th century Japanese woodblock print, by the great Ando Hiroshige.  I love how he captures the way cats watch the world. 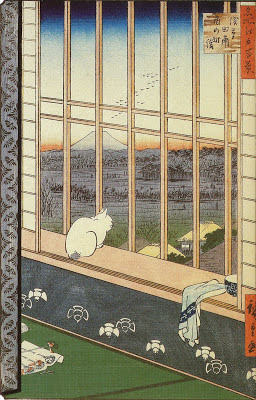 Of course, there's been lots of cat photography too.  My favourite cat photographer is Ylla, who made this fantastic image.  I must have looked at it more than any other single image when I was writing Varjak and Outlaw - somehow, I feel it goes right to the essence. 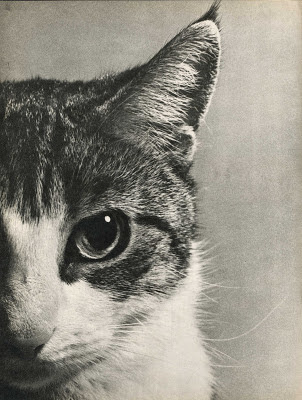 But for me, Dave McKean's pictures are right up there with the very best.  This page is from his brilliant comic Cages.  I read it long before I wrote Varjak Paw; and when my publisher asked me who I thought drew good cats, my first and only thought was "Dave McKean!" 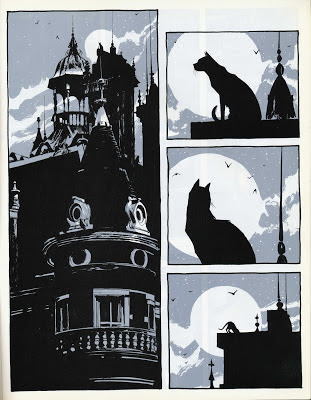 It's still amazing to me that he illustrates my books; I never get tired of looking at his art.  I can't wait to show you what he's been doing for Phoenix - it is absolutely incredible!!! 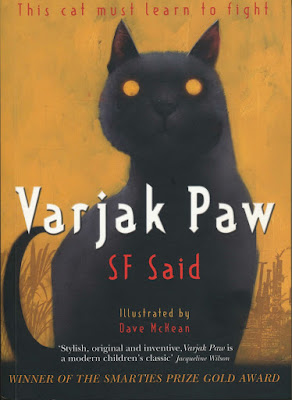 I started writing Outlaw in 2002, and finished it in 2005.  During that time, I discovered the band British Sea Power, and particularly their first album, the brilliantly titled The Decline Of British Sea Power.


I played that album hundreds of times while writing Outlaw.  It had the epic sweep I wanted the book to have; the same combination of darkness and hope.  I would always feel electrified by the surge and crackle of their songs, which often seemed to be on the edge of spiralling out of control - as you can see in this amazing video of them playing live on Jools Holland.

But old habits die hard, and I have to admit, I also listened to a huge amount of The Cure while writing Outlaw. This time, it was mainly their Disintegration album, which remains my favourite of theirs.  To answer an interesting question on my earlier post, I would pick the spine-tingling 'Plainsong' as the music I imagine when Varjak and Sally Bones are on the tower at the end - perhaps not the battle itself, but the moments just before it.


The live version in this video is great, but if you want to hear the original version I heard while writing, you can listen to it on Spotify, where I've made a playlist with a few other tracks that I put on a CD for Dave McKean, when he was doing the illustrations...

A big thank you to Bonnie Saunders & everyone at Saxon Primary School in Shepperton, who were kind enough to invite me to visit them this week! 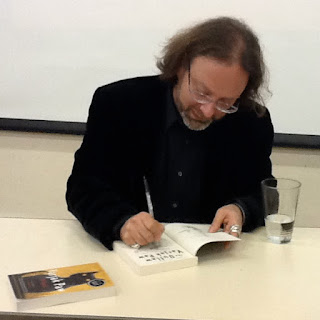 Thanks especially to all the amazing Varjak Paw fans I met in Years 4, 5 and 6 - it was a great pleasure to meet you, and to talk with you about writing & books!  I really enjoyed the day, and I hope you all did too.

It was especially exciting for me as this was the first author visit arranged through this site - so if anyone else out there would like to know more about my visits, have a look here.