I just wanted to say a big thank you to everyone at St Mary's Primary School for giving me such a warm welcome when I visited this week! 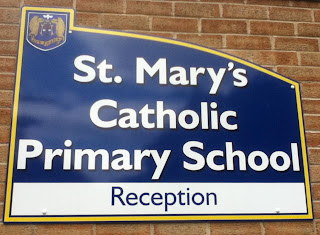 It was brilliant to see all the work you've been doing with Varjak Paw, and to hear your enthusiasm for Phoenix too!  It was especially exciting to be able to show you Dave McKean's fantastic book trailer for Phoenix – hopefully I'll be posting a link to it here soon, along with some more news! 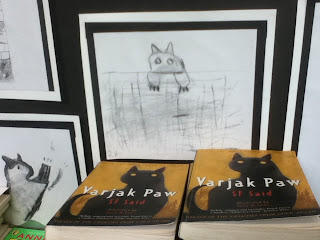 The Supernova Is Coming To Edinburgh!

I'm excited to announce that I'll be doing a public event for my new book Phoenix at the Edinburgh International Book Festival this year!  The event is titled 'Intergalactic War with SF Said' and it's happening on Tuesday 13th August, from 12-1pm.

I love what they've written about Phoenix on the official event page:


Adventure, space, destiny, aliens, explosions, starships, distant stars and galaxies. Whoa! Amazing! Come join S F Said to hear about his latest breathtaking book, Phoenix. Meet Lucky, an ordinary human boy who wakes to find an incredible power rising in him and a supernova coming, bringing with it a war between humans and aliens. Only one boy can save the galaxy – just as well he’s called Lucky!

Tickets are now on sale; here's a link to the booking page!  And of course there'll be copies of Phoenix on sale, which I'll be signing after the event. 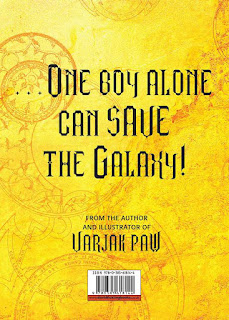 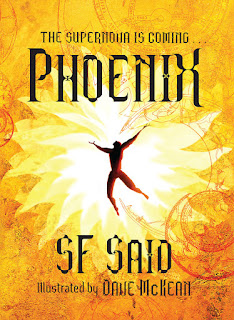 I've had some fantastic experiences at Edinburgh in the past, and met some great audiences there, so please come if you can!  There are some wonderful writers doing events this year – some of my favourites include Julie Bertagna, David Almond, Meg Rosoff, Keith Gray, Garth Nix and Sally Gardner, who won the Carnegie Medal this year for her fabulous book Maggot Moon!  Congrats Sally – hope to see you there!

Have a look at this great feature by Dave McKean on The Guardian about his current work, which includes one of his amazing illustrations from my new book Phoenix: 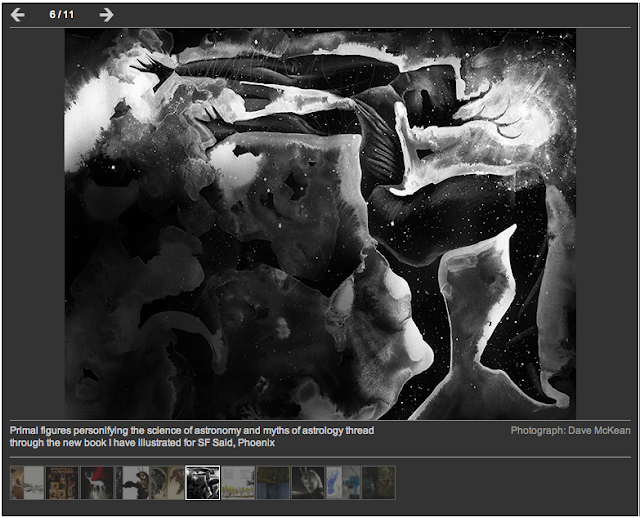 I'm thrilled to be able to announce that Dave McKean and I will be launching my new book Phoenix at the London Film & Comic Con on Saturday July 6th!

Official publication isn't until August, but there'll be advance copies of the book on sale, and we'll be doing a public signing from 11am to 1pm - so come and get your copy first!

Full details and booking forms can be found on the official website.  It's going to be an amazing weekend, there are some incredible people coming – Peter Dinklage & Lena Headey (Game Of Thrones), Linda Hamilton (Terminator), Eve Myles (Torchwood), even Peter Mayhew & Kenny Baker (who played Chewbacca & R2D2 in the original Star Wars!)  I can't wait!!!

I just wanted to say a big thank you to everyone I met at Allerton Primary School, where I was honoured to take part in the Allerton Literacy Festival last week! 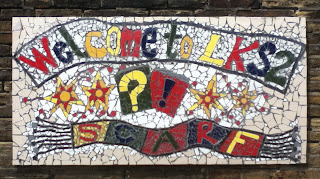 Thank you for giving me such a warm welcome – it really meant a lot to hear how much you'd enjoyed reading Varjak Paw.  Things like that make all the hard work worthwhile! 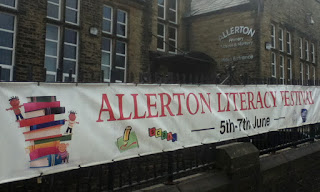 It was great to hear about all your own stories too; there was some fantastic work going on there!  So good luck with your own writing – and please look out for Phoenix in August!
Posted by SF Said at 20:38 2 comments: