TYGER is coming in October!

I have some big news!  It's just been officially announced that my new book TYGER will be published this October 2022 by David Fickling Books!

It's official! It took me 9 long, hard years to write it, but my new book TYGER will be published this October 2022 by @DFB_storyhouse, with stunning illustrations by @DaveMcKean, who also illustrated Varjak Paw & Phoenix. I think TYGER is even better - my best book so far! https://t.co/T8ppJ8qff8

It was announced in The Bookseller magazine; you can read the full article by clicking on the link, but here are a few highlights!

"David Fickling Books has landed Tyger, the fourth novel from SF Said, marking the return of his partnership with illustrator Dave McKean.

The synopsis for Tyger reads: “In a strange alternate world, where the British Empire has never ended, a young boy called Adam has uncovered something incredible in a rubbish dump in London – a mysterious, mythical, magical animal.  A Tyger.”

Commissioning editor Rosie Fickling said: “Tyger isn’t just a book, it’s a gateway into another world.  A world where we all have sparks, hidden powers, inside of us.  It’s the kind of book where you start to wonder: What if? Could it be?  I’ve had the privilege of immersing myself in this story with SF throughout the editorial process and I can’t wait to see the same light in readers’ eyes that I feel in me now.  After reading, I hope they also find themselves increasingly noticing the world around them, looking more closely at a flower, at a grain of sand – and perhaps, every time they smell honeysuckle, hopefully whispering ’Is the Tyger nearby?’”

SF Said said: “I believe Tyger is my best book so far.  I wanted to write a story even more exciting than Varjak Paw, and even more ambitious than Phoenix.  It’s taken me nine long, hard years to do it but I am thrilled to be publishing it at last this year – the Year of the Tiger.” 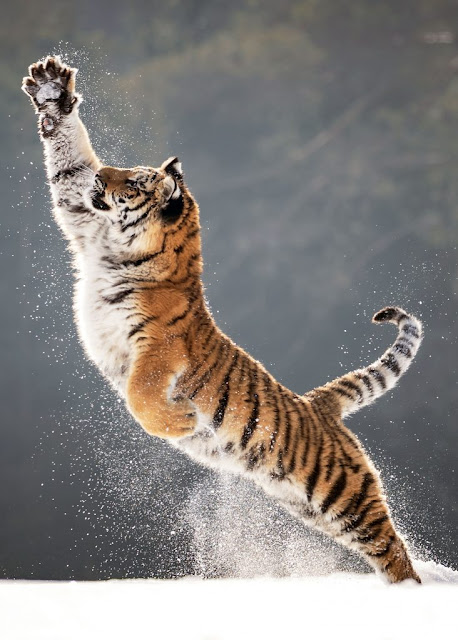 I will tweet and post more about TYGER in the weeks and months to come - starting with a cover reveal of Dave McKean's incredible artwork next week!
Posted by SF Said at 09:30