I was absolutely thrilled when Phoenix was short-listed for the Warwickshire Secondary Book Awards! 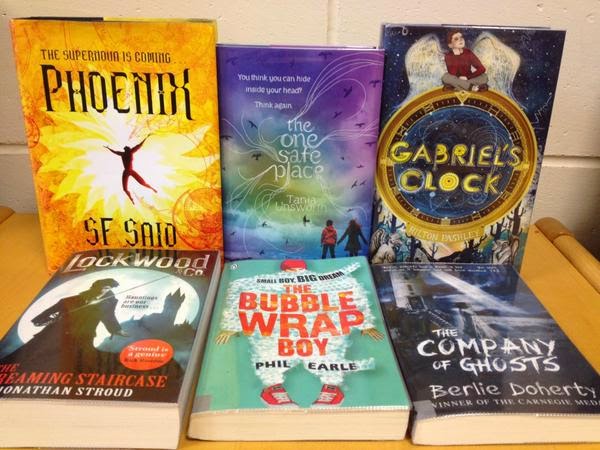 These awards are voted for by readers around the county.  Previous winners include Michelle Paver's Wolf Brother, Rick Riordan's Percy Jackson, and Patrick Ness's A Monster Calls.  So it was a huge honour to see Phoenix short-listed by the brilliant librarians of the Warwickshire Schools' Library Service! 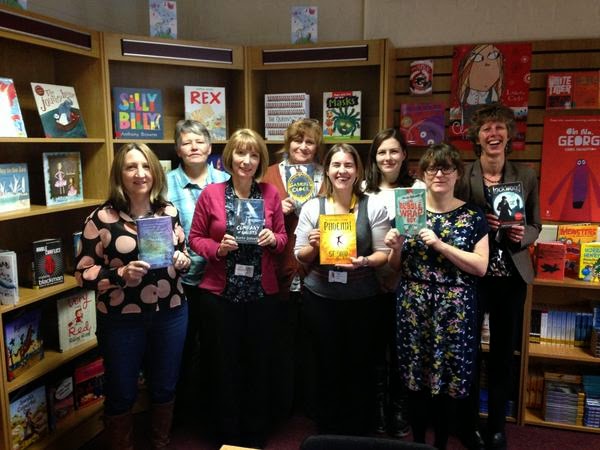 There were some fantastic authors and books on this year's short-list.  In the centre of the picture below is the great Berlie Doherty, who's won the Carnegie Medal twice with classics such as Dear Nobody.  On the right is Hilton Pashley, whose book Gabriel's Clock sounds like one of the most exciting debuts of recent years.  Unable to join us on the day, but definitely very popular with readers, were the fabulous Jonathan Stroud, Phil Earle and Tania Unsworth. 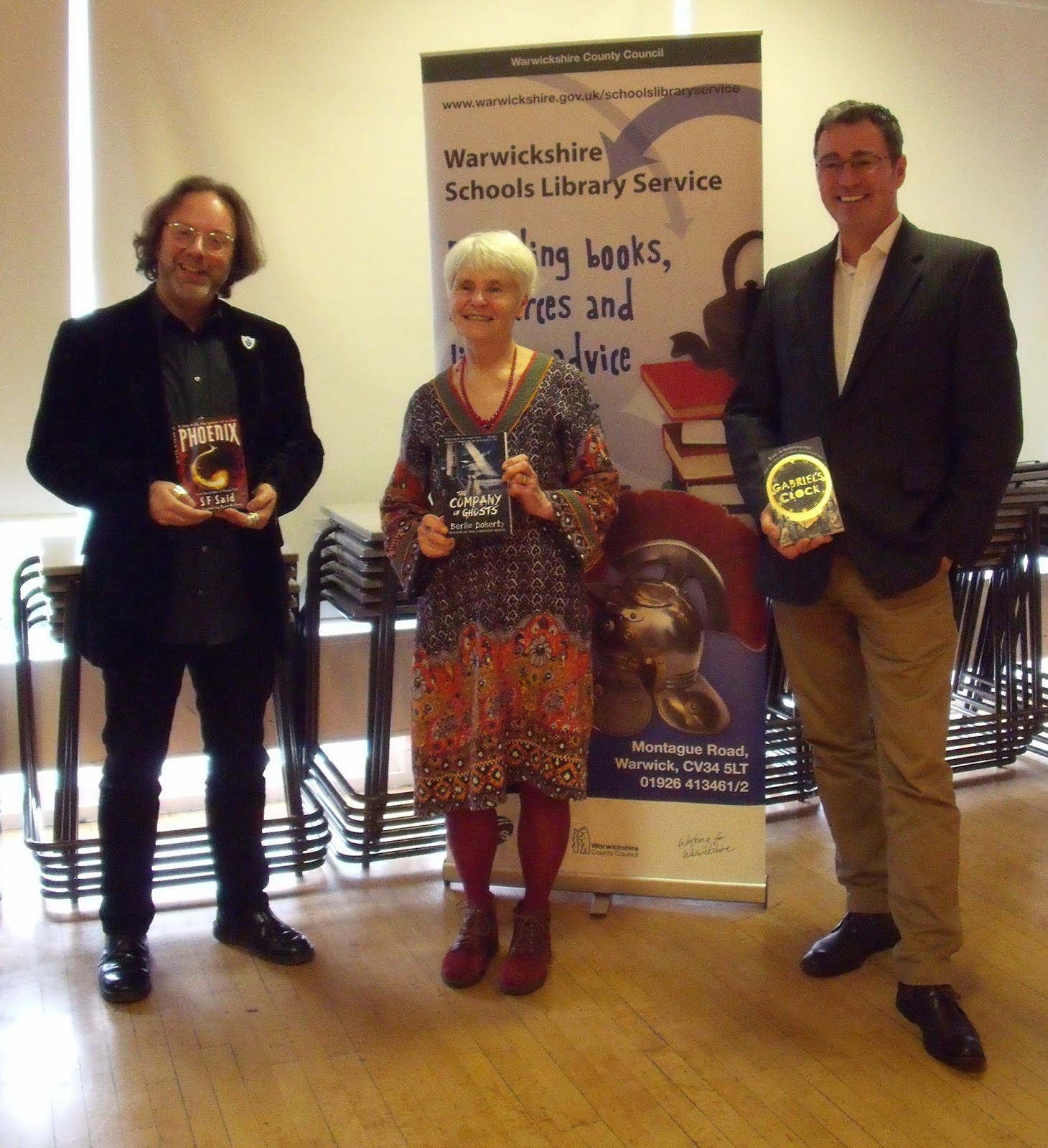 The ceremony was brilliantly organised by Stella Thebridge and Hannah Thomson.  We saw some fantastic presentations about the shortlisted books by Warwickshire Secondary students.  Here's the presentation on Phoenix: 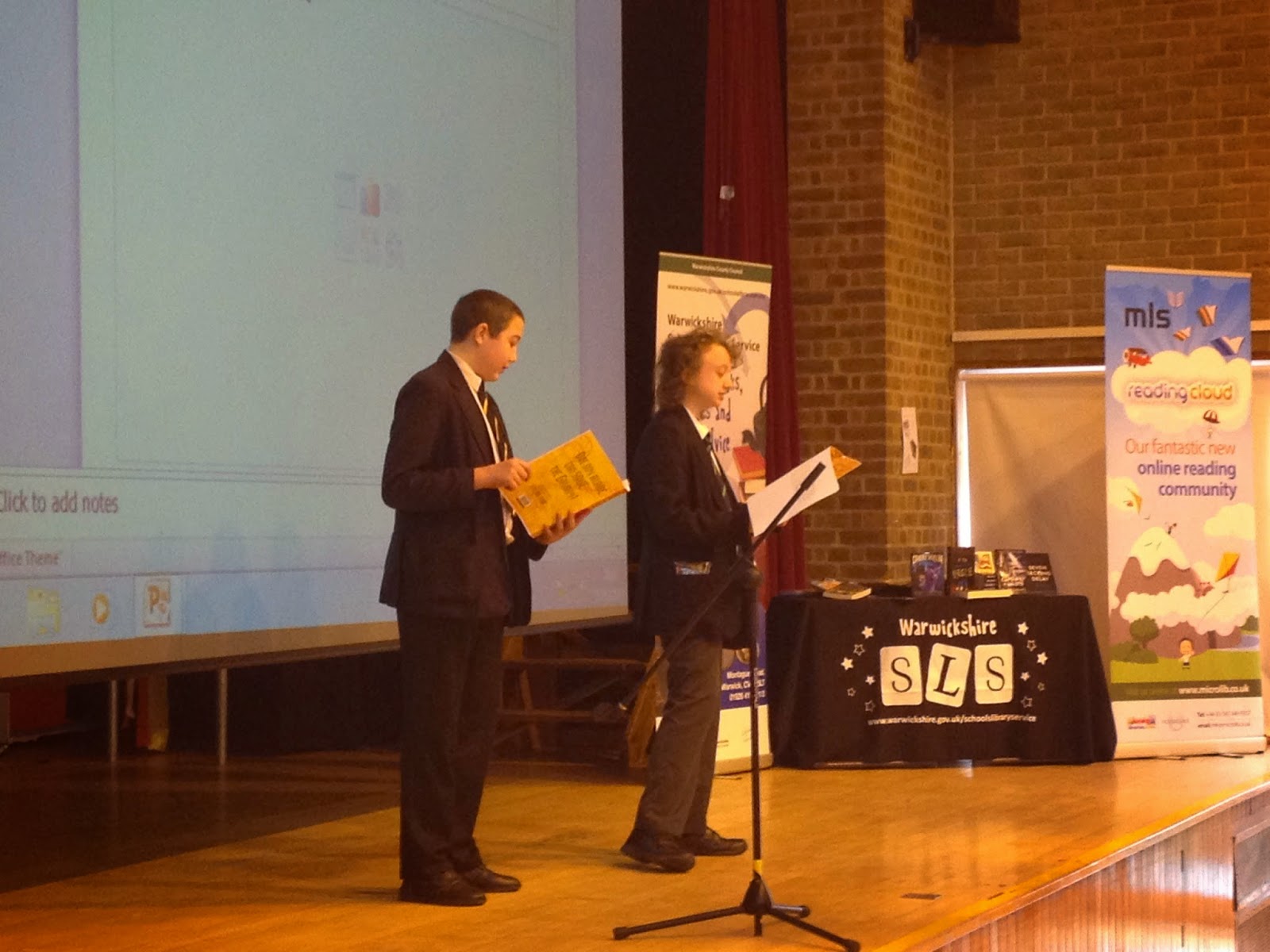 And we saw some terrific art that the students had made, inspired by the books.  Here's a superb illustration of Frollix, complete with Axxa horns and hooves and flaming eyes! 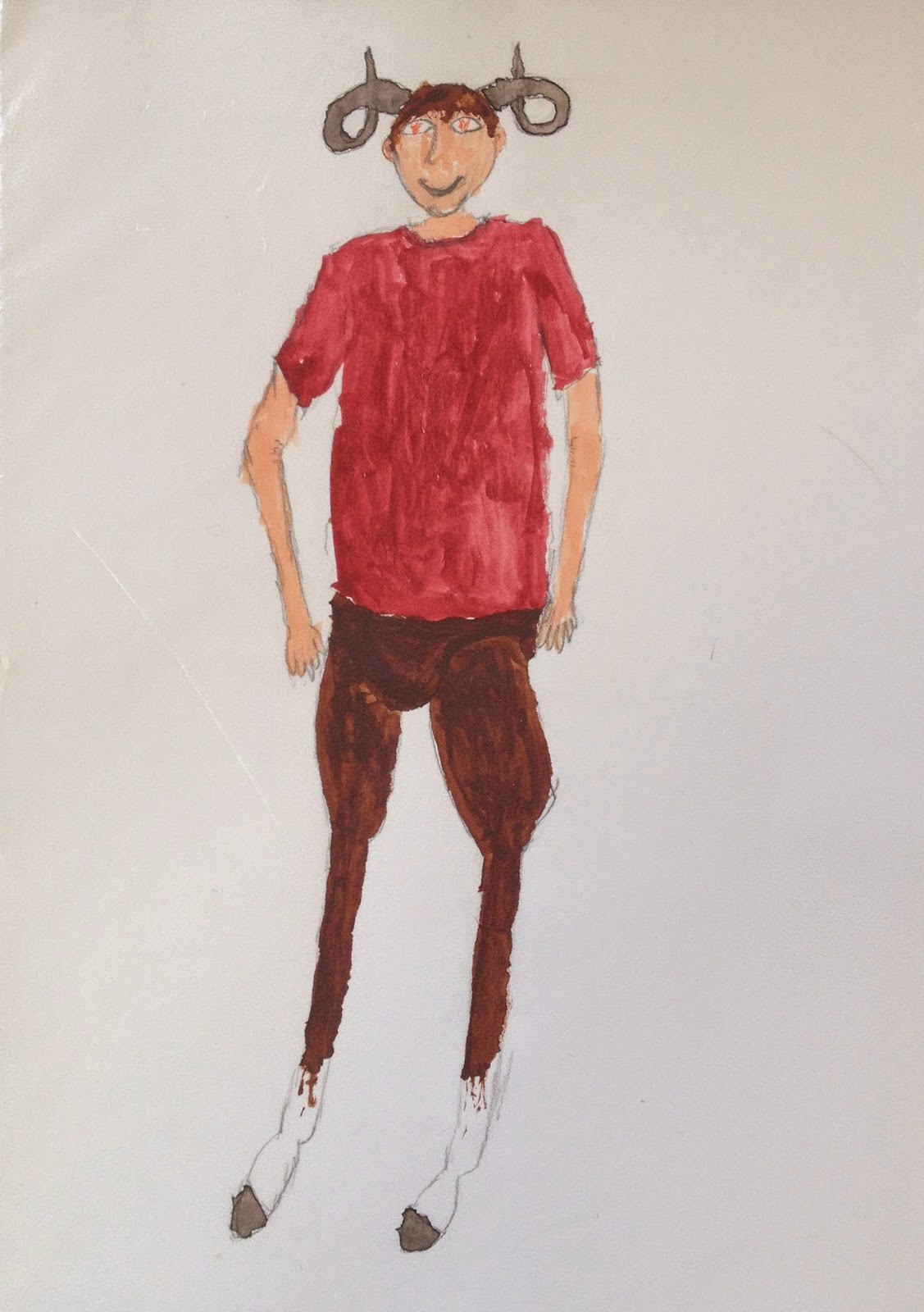 It's a very moving thing for an author to see readers' responses to their work, especially when those responses are so positive!  I don't think I've ever seen a more brilliant buzz around books than at this ceremony.  It felt amazing to be there, part of a wonderful celebration of reading.  So I got very emotional when it was announced that Phoenix had won the Award. 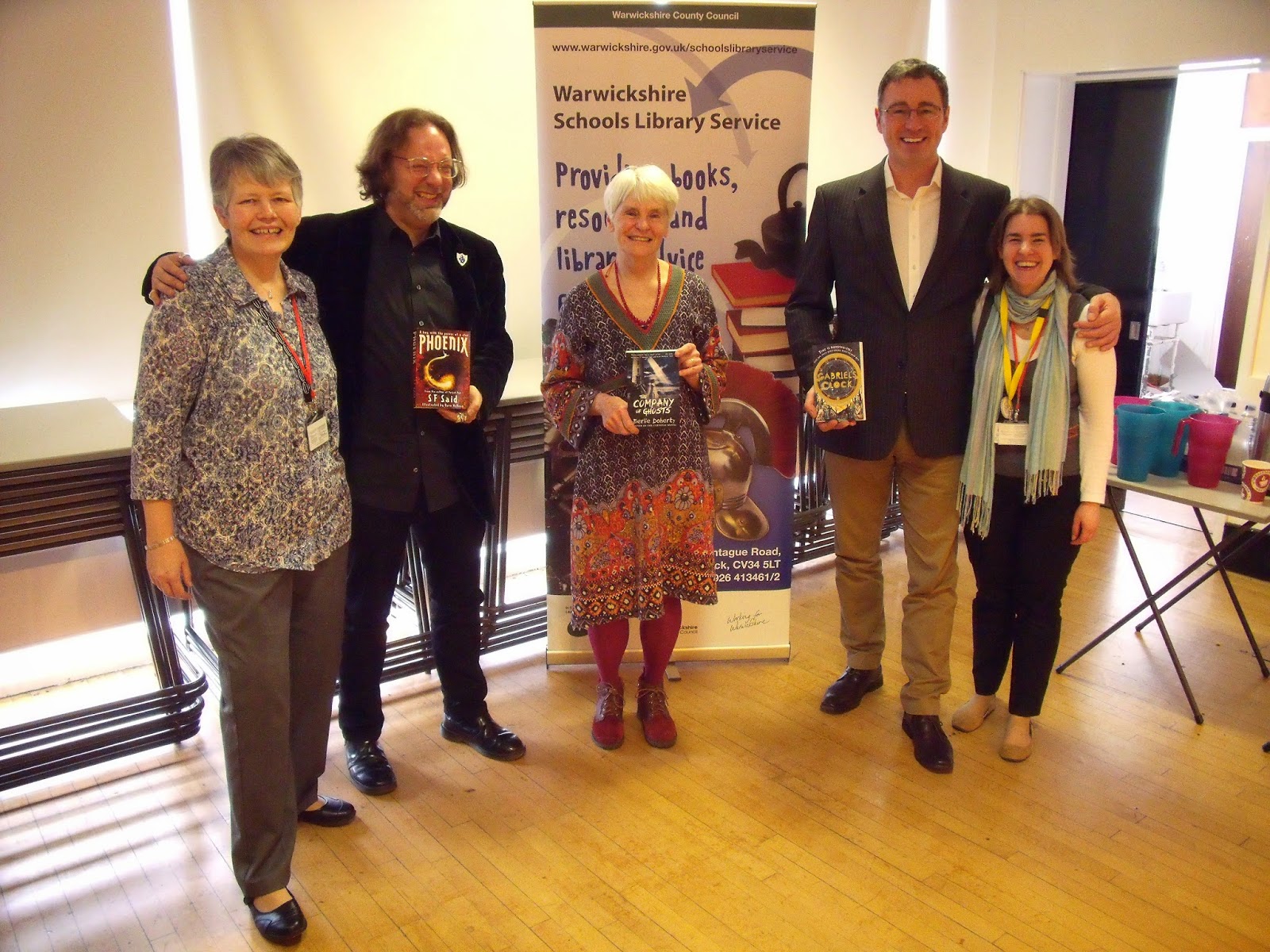